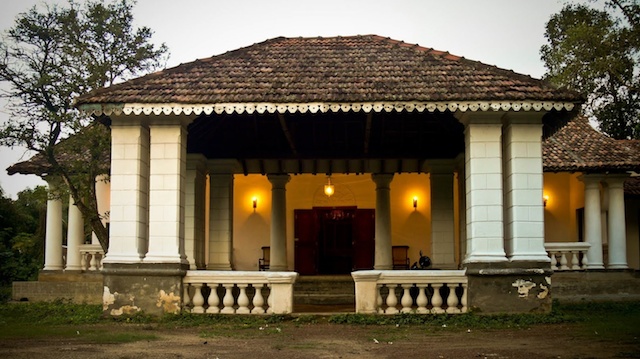 Come, come and peep inside the 1761 House – a dream that didn’t come true.

One morning, after I’d eventually conceded I’d have to leave my personal piece of paradise, I saw an ad for an old house I’d often seen on the hill, driving home from Mo’s.  Poached on a little at one side, it stood on an otherwise huge, empty piece of land;  a little down at heel, but down at heel doesn’t bother me, especially  when the bones are clean and well conformed – and what a project it would be!  Assured it might be affordable, off I went and indeed, once past the ugly port cochere built during the English colonial period, the building fired my imagination. 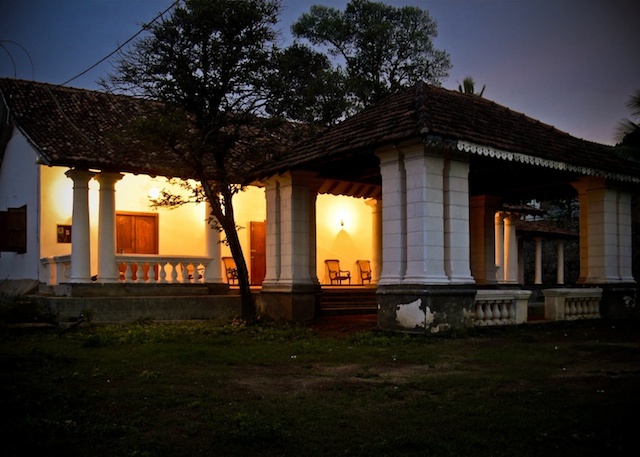 Built in 1761 – during the Portuguese colonial period – and simple in the extreme, the proportions of the spaces called out to me.  The cool breezy interior soothed skin prickling from the tropical sun, and my feet – immediately divested of sandals – felt alive with the sensations of walking across tiles laid down 250 years earlier, hardwood boards two handspans wide.  Other than two new (and über cool Channa Daswatta-designed) bathrooms and a brilliant privacy wall at one end of the front veranda, it had barely changed in centuries.  I’d need to build a kitchen – but already I could see myself living there.

Desperate to keep his ancestral home a home – even though none of his family (or anyone else, for that matter) had lived there since the death of his parents decades previously – the owner was quite keen to ‘give’ me the house on a peppercorn rent in return for my proposed improvements.  In the end, though, I couldn’t win out against his need for retirement income, and the allure of international-standard rents blandished by his friends and family, now the war was over.

Some months later I was invited to join him and some of these friends as they unveiled the new lighting he’d commissioned and had installed, and to take photographs for international magazines, putting it out there for rent.  These are some of the shots they took. 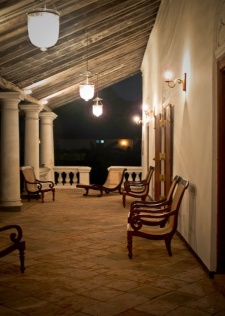 The lights beyond are from a line of little shops built on one corner of the land some decades earlier.

The brilliant Daswatta-designed privacy wall. At one time Mr. P had hoped to keep one room for himself – a pied a tere for when he came to the city. 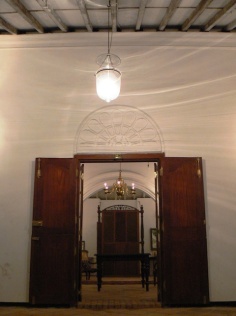 Not what I’d have done, but Mr P was proud of his new lights – faithfully reproduced from pre-electrical lighting of the period. 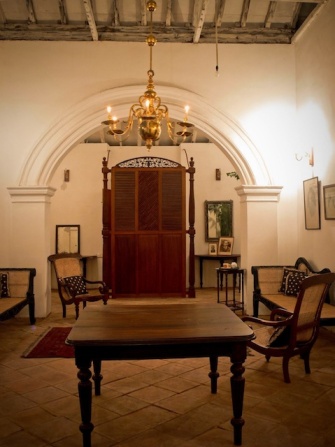 The screen obscuring the door to the back veranda was a miracle of louvres, and mellow centuries-old wood. 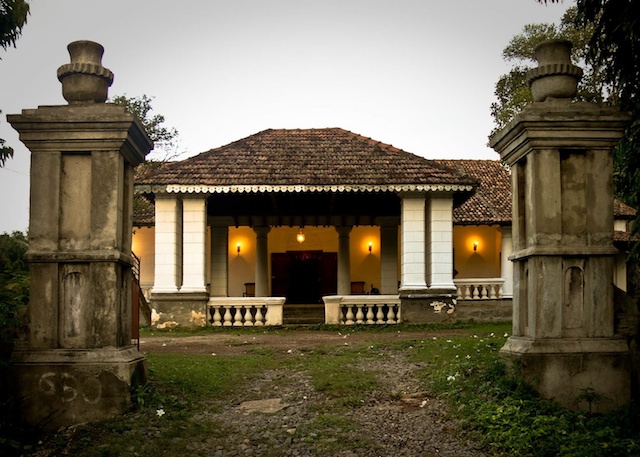 I drove by, just before I left the island, and saw that he’d got his rent, but lost his home.  I didn’t go inside …