Cee’s Fun Foto Challenge this week offers us a chance to reprise some of our favourite ‘People and Animal‘ shots from this year.

For reasons that will be obvious to regular readers, Miss Maggie Kotte leads with the banner shot, so I must be even-handed and put Little Miss up next.

Every day as I blog, I look down to the side of my chair, and there she is – one half of her anyway, the other extending out the other side.  It’s reassuring;  and we both have a giggle when I extend a toe to give her tummy a bit of a rub.

My ‘nat geo’ animal shot this year has to be the introduction of the new baby – the first crystal clear shot I’ve achieved of any member of the Hanuman troupe.

I said at the time I’d die happy if this were the best shot of them I capture – and it looks as though I’m going to have to live with that, because they haven’t been around much lately.  I’m sure it’s not because I captured the baby’s soul – well I hope not.  I keep wondering, though,  what it is they’re feasting on someplace else?  It’s so quiet without them, and mundane.

This beautiful old woman I met in Meemure is my favourite portrait of all time, friends and family included. 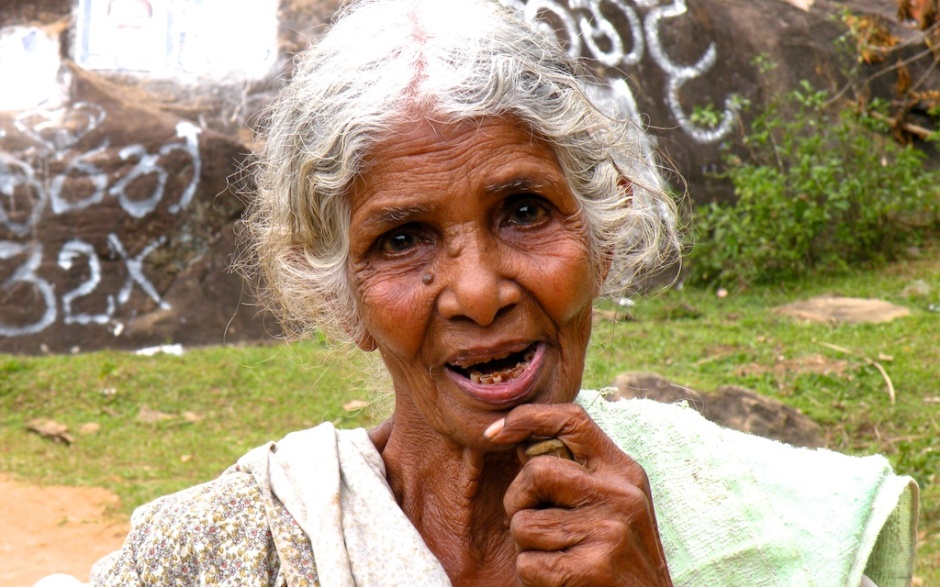 The pitiful spectre of this beautiful old woman working in the paddy field broke my heart. As we left, she came over to say goodbye.

It helps that she’s so achingly beautiful, and has that stillness that allows – compels – you to draw near and be in her company.

Here’s a little gallery of some people and animal captures I haven’t shown you from this year.

A wedding party at Beira Lake on Boxing Day – all ready, but no photographer. 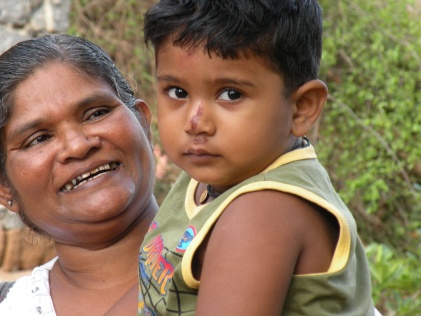 This solumn boy had been carried up the umpteen stairs to the temple at Mihintale by his Grandfather. Now Achchi had taken over.

I met this shy young woman and her mother on the way to Anuradhapura.

This young woman stood out among the boisterous male rambutan sellers on Havelock Road. I’m sure she’s the farmer’s wife.

I was drawn to the mixture of machismo and sadness in this man’s face.

A conundrum for Maggie – should she sleep, or should she play? Anything will do, here, an ant had her attention.

The Vet came and gave her a jab – she was so brave. She perked up a bit when I told her she had to have pills – she loves pills, because I give them to her embedded in peanut butter.

Unlike Maggie – who would have understood the Princess and the Pea story immediately, Podi preferred the shade to the comfort.

… though you wouldn’t know it from this shot, where he’s reverted to being a baby on seeing the camera.

When I first came, I remember commenting on masculine exuberance -“the same from Bondi to Brazil”, I said. But really, I think there’s a dash more pepper here in Sri Lanka.

It’s not my habit to reminisce about the year gone by – perhaps I should – but it was nice to look back on some to the pictures I took, and to have the excuse to show you some which didn’t get an airing.

44 thoughts on “An Animate Reprise”