Foreign?  What’s foreign to me is part of someone else’s everyday life.   Yet somehow everything foreign is photogenic and when we’re away from home we snap at everything we see, gobbling up manifestations of different cultures and customs, incomprehensible languages and writing symbols, foreign food – and drinks –  for sure, and music and dance, even politics and religion.

Like Angeline, I was a bit stumped by this week’s WP Photo Challenge.  Everything outside on the streets where I live could be considered “foreign”.  Almost my entire photo library is of things foreign, starting with the file “1972 – Abroad!”.  But a peculiarly Sri Lankan piece of serendipity occurred after breakfast, when I went to brush my teeth.

As always I glanced out the bathroom window – the storm will be early today;  look at the sky.  But what’s that?  It’s one of young Hanuman’s aunties … no, it’s two of Hanuman’s aunties – and look – two new babies!   And just look at the size of that manioca root she’s stolen!  And here comes another fellow – another piece of root firmly in his hand.

In all, I think I counted eight monkeys on my neighbour’s garage roof.  After the first mother ate her fill, she handed her prize over to the second, before bounding away via the coconut tree just outside the bathroom window.  There were no fights or squabbles, very little jockeying for position;  obviously there’s a pecking order, and by and large they waited their turn patiently.  Unfortunately I didn’t see subsequent hand-overs – I broke the sequence, sneaking out to the balcony to catch mother number two just as she landed on the coconut frond …

It was the longest monkey shoot I’ve managed, and I’m sorry there are so many pictures in the gallery, but I hope you’ll enjoy watching my simian visitors as much as I did.  To them, we’re foreign, and they pay as little attention to us as they dare. 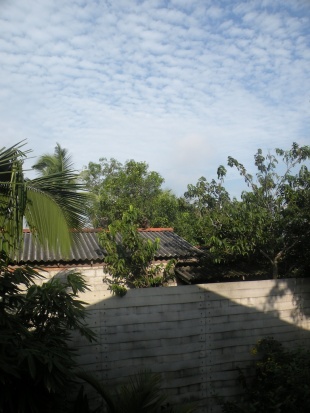 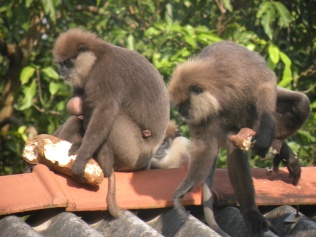 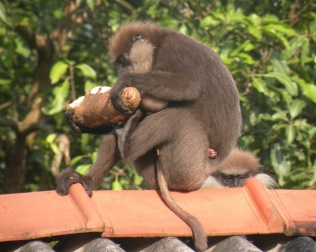 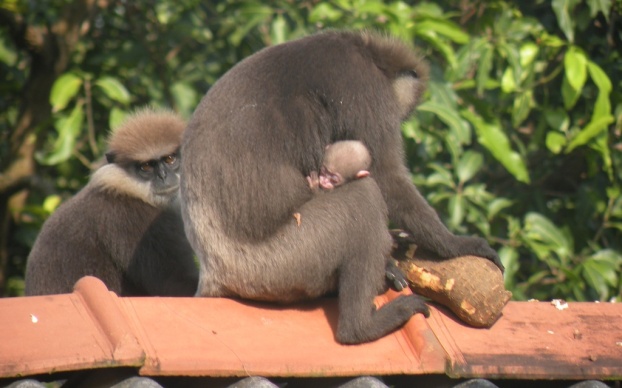 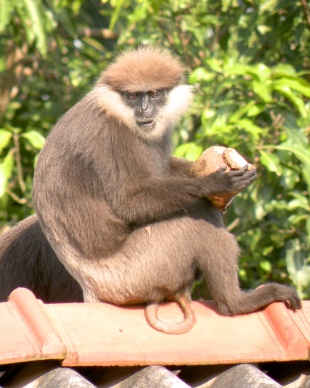 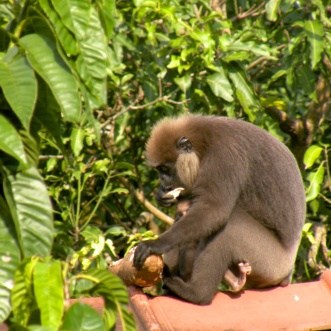 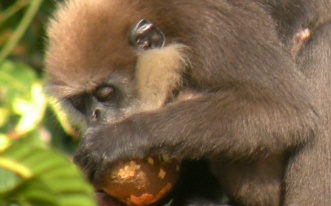 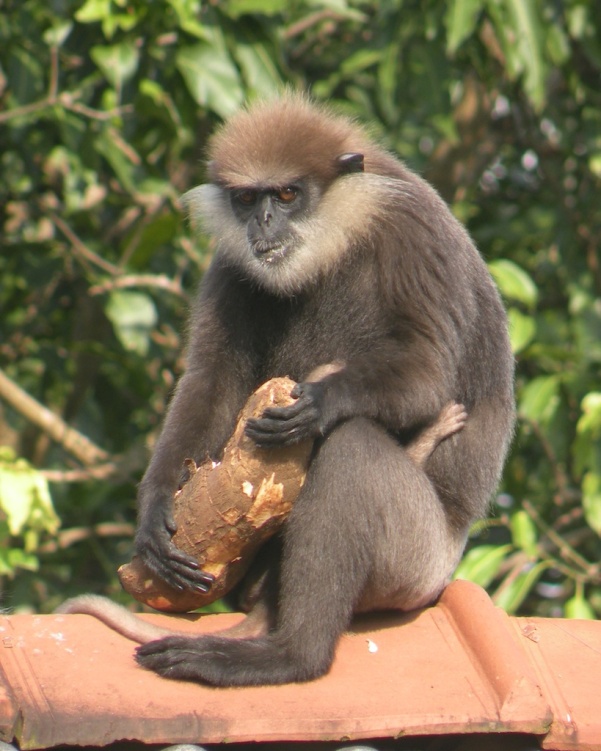 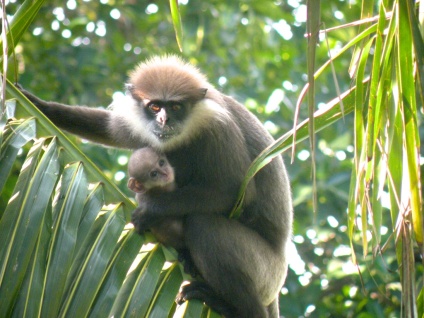 If you’re not sick and tired of monkeys, the category The Hanuman Troupe will lead you to posts of my earlier sightings.

Pop over to this week’s challenge for more “foreign” entries.

83 thoughts on “Guess Whose Aunty Stole a Giant Manioca Root?”