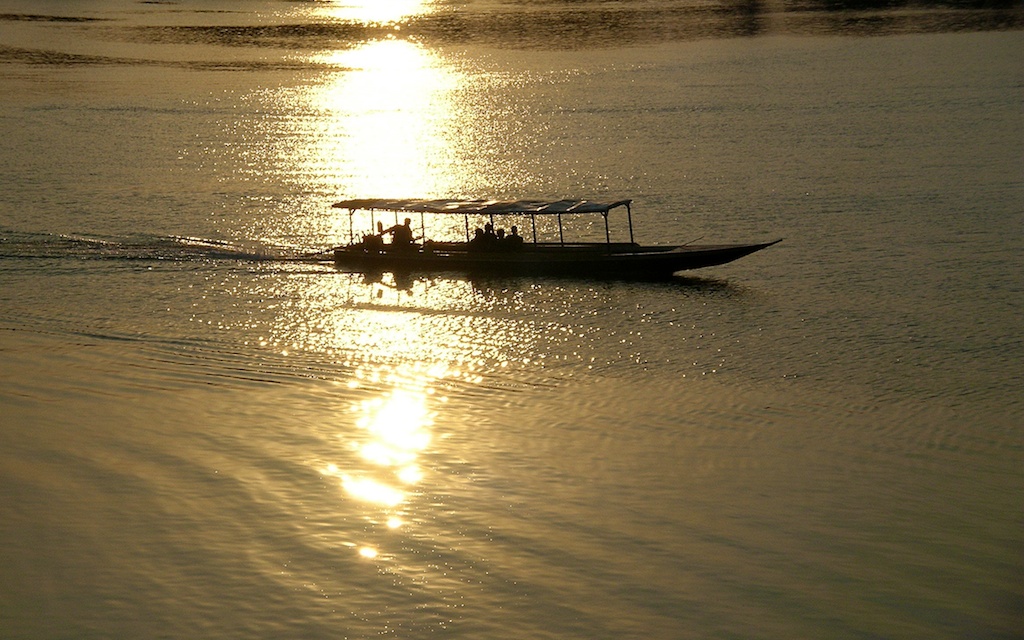 Madhu at The Urge to Wander nominated me for another of those exciting inter-blogosphere photo challenges.  I can’t believe it was almost two months ago, but the evidence is irrefutable.  There are rules, of course, and although I’ve no idea how to Tweet them as stipulated, I’m proud to enter seven of my photographs in the Hostel Bookers 7 Super Shots competition – a themed challenge responding to the seven prompts:

… takes my breath away – The Bayon Face

For me, visiting places like Angkor, Borobudur, and Ephesus, for instance, carries an additional burden of expectation for not only are they repositories of great cultural and historical significance that I’ve longed to see since I was a girl, but my imagination has enlivened them with the exploits of their modern-day ‘discoverers’.  I’d spent almost my entire first day pouring over the bas-relief carvings of Angkor Wat and was feeling the stress of insufficient time to do likewise at the nearby Bayon, when I popped out of a tower doorway and turned left.  There, in front of me – right there in front of me – was a face of such exquisite beauty and tranquility that it took my breath away.  Today it does so still, remembering that feeling of surprised awe, and gratitude – that something so beautiful should still exist, and at my good fortune in having seen it.

… makes me laugh or smile – The Gondolier’s Dog

I have to admit the gondoliers of Venice, as an occupational group, were never on my ‘most greatly admired’ list.  This last visit though, as I saw the effect of the global economic crisis even in Venice – and took my first gondola ride – I was finally persuaded to embrace these nimble lagoon walkers when I spied this fellow crossing the Grand Canal at S. Angelo.  I yelped with laughter, almost missing the shot – you’ve just got’ta love a man who takes his dog to work!

… makes me dream – On a Slow Boat to China

As a child I was brought up on the stories of Rudyard Kipling and Somerset Maugham, the songs of Noel Coward, the great swing and jazz bands of the late ‘40s and ‘50s, and the romance of travel, particularly to the ‘mysterious’ East.  Lilting lyrics like ‘… on a slow boat to China …’ created such tangible images in my childish imagination that when I saw this longboat slicing through the liquid gold waters of the Mekong it was as though I had stepped into the dreams that have fueled my wanderlust all these years.  It was 2006, on the west bank of the Mekong, while I was waiting for the punt to cross over to Kong Island  – the largest of the Si Phan Don, the Four Thousand Islands, in southern Lao.

… makes me think – The Red Elephant

The red elephant is from the Kataragama Devale, one of the four temples devoted to Gods and Goddesses from India who, over millennia, have been transformed by popular culture into protectors of Lanka.  Every time I watch the Kandy perahera, and see the devotion still accorded the relics carried by the red elephant, it makes me think a lasting peace between the people of this troubled nation is possible. 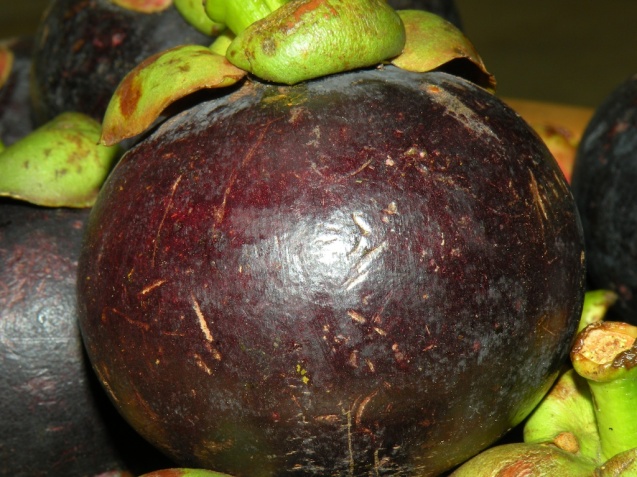 Should my selection be that incomparable meal at Venissa in the Venice lagoon last year, or my friend Mo’s Crab Curry, her Wambatu Pahi, or fish and chips by candlelight at a picnic table on Bondi Beach?  What about shucking oysters off the rocks and eating them fresh from the sea, or window displays of charcuterie, or patisserie anywhere in France, the smell of baking bread, of crushed basil, or, when I close my eyes, the taste and texture of an aged cheddar, or grana padano?  All these make my mouth water, but it was a few lone mangosteen – in a basket at a greengrocer in Buderim, Queensland – that not only had the saliva springing but also the tears – how I missed the fresh, ambrosial flavour of this fruit, and the people I’d left behind in Sri Lanka.

… tells a story – The Blinded Buddha

From ancient tomb robbers to the two women who were today arrested for pilfering treasures from the Colombo museum, people have stolen from the heritage of the past, more often than not mutilating the priceless statues and artifacts in the process.  This beautiful, stylized bronze, among the priceless Buddha statues on display at the refurbished Wat Phra Ke in Vientiane, Lao, illustrates the sorry story of the sack of the city in 1827, reminding me of the always ugly legacy of greed and avarice.

…  I am most proud of (a.k.a. my “National Geographic” shot) – The Hennaed Heroine

After years of war and destruction, the people of Ban Lahanam Thong – a village sprawled along the high banks of the Mekong in Savannakhet Province, Lao – specialize in the production and manufacture of organic cotton, for sale on the open market.  From Granddad keeping an eye on the little ones, to our hennaed heroine at the indigo vats, everyone in the village is in one way or another involved in growing cotton, picking, ginning, spinning and weaving cotton, growing, gathering and processing dye materials, building looms and whittling shuttles, creating new designs, developing markets.  That’s not to say the village women hadn’t also made the most luscious vegetable patches I saw, or that pigs, cows and chickens weren’t raised in abundance, that rice paddies weren’t maintained in anticipation of the ‘season’, or that children weren’t readied to travel to school – on a new all-weather road – in the nearest town.  The opportunity to meander through the village at leisure and capture these industrious and charming people au natural, yielded several treasured images, but this is the one of which I am most proud.

In accordance with the rules, and in recognition of the enjoyment I derive from their work, I nominate the following bloggers to post their entries in the prescribed fashion.