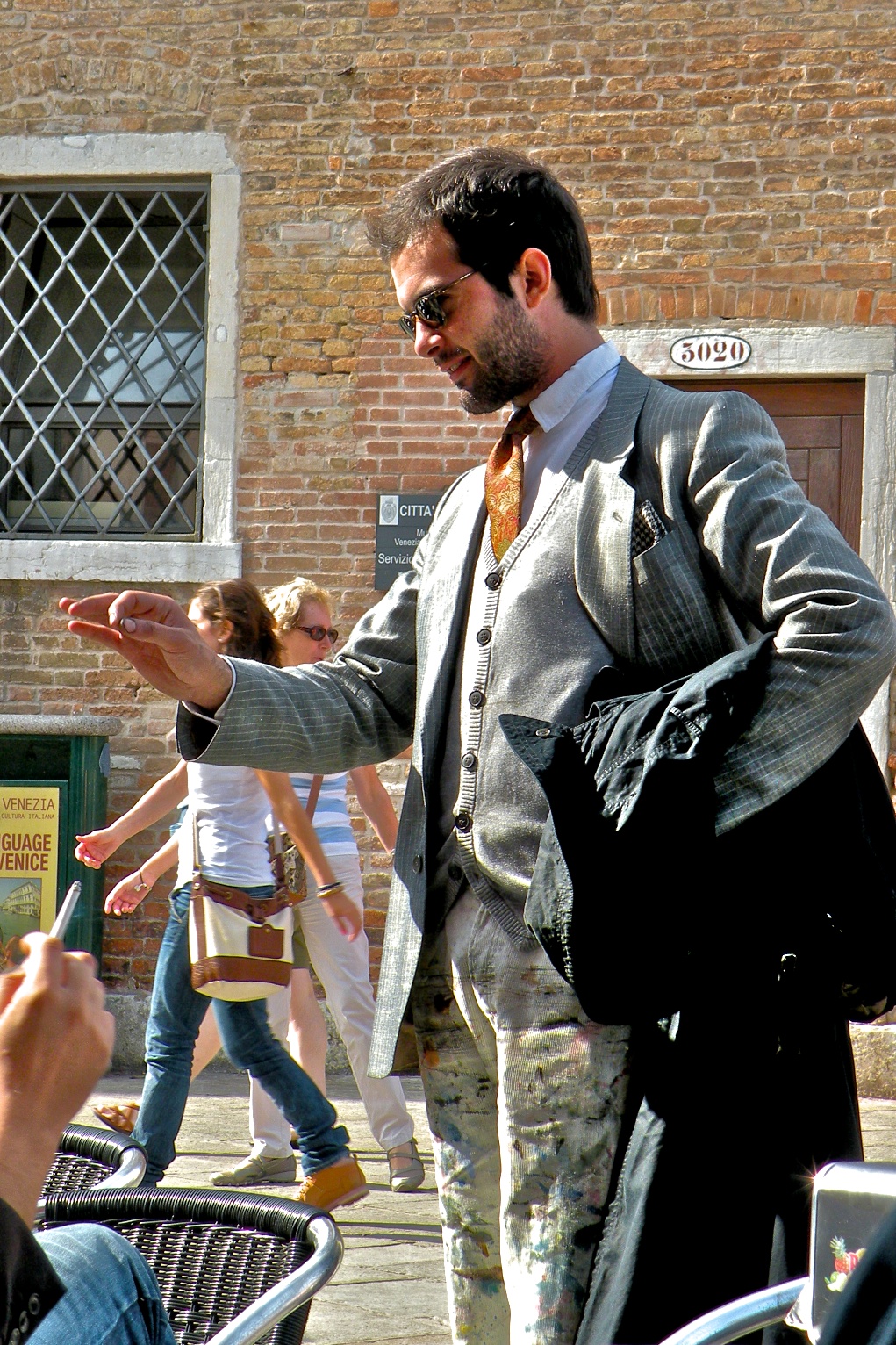 Many iconic black and white photographs have come down to us over the generations that set the tone for today’s out and about, what I see on the streets style of photography I so admire.

I have managed to capture a few fleeting moments  – pretty amateurish, but telling a story, nevertheless.  Usually I’m far too self-conscious to set myself on a street corner to see what comes along, and way too slow-witted to dive for a camera when I chance upon it – like the guy I saw (a couple of times!) pedalling his aquatically outfitted bicycle down the Grand Canal, when I was there last.

There was another guy – a very  spiffily dressed young man about town I bumped into as he went about his very social rounds of the cafes and bars of the Zattere or San Barnaba/S. Margheritta.  I often speculated about him.  What did he do?  Too much time on his hands to be an artist or artisan, I thought, and although there was something about his hands that drew my attention, I decided to give him a more rakish occupation.

One day – camera on the table because I’d been trying to capture a great old dame on her daily outing – who should stop for a chat with friends at a nearby table but my modern-day Lothario.  Heart racing with repressed excitement, I swiveled, as nonchalantly as I could, raising the camera to my eye – click!  There he was, in full flight, if not well composed.  I had to show you – he makes me smile even now, with his studied scruffiness and sangfroid. 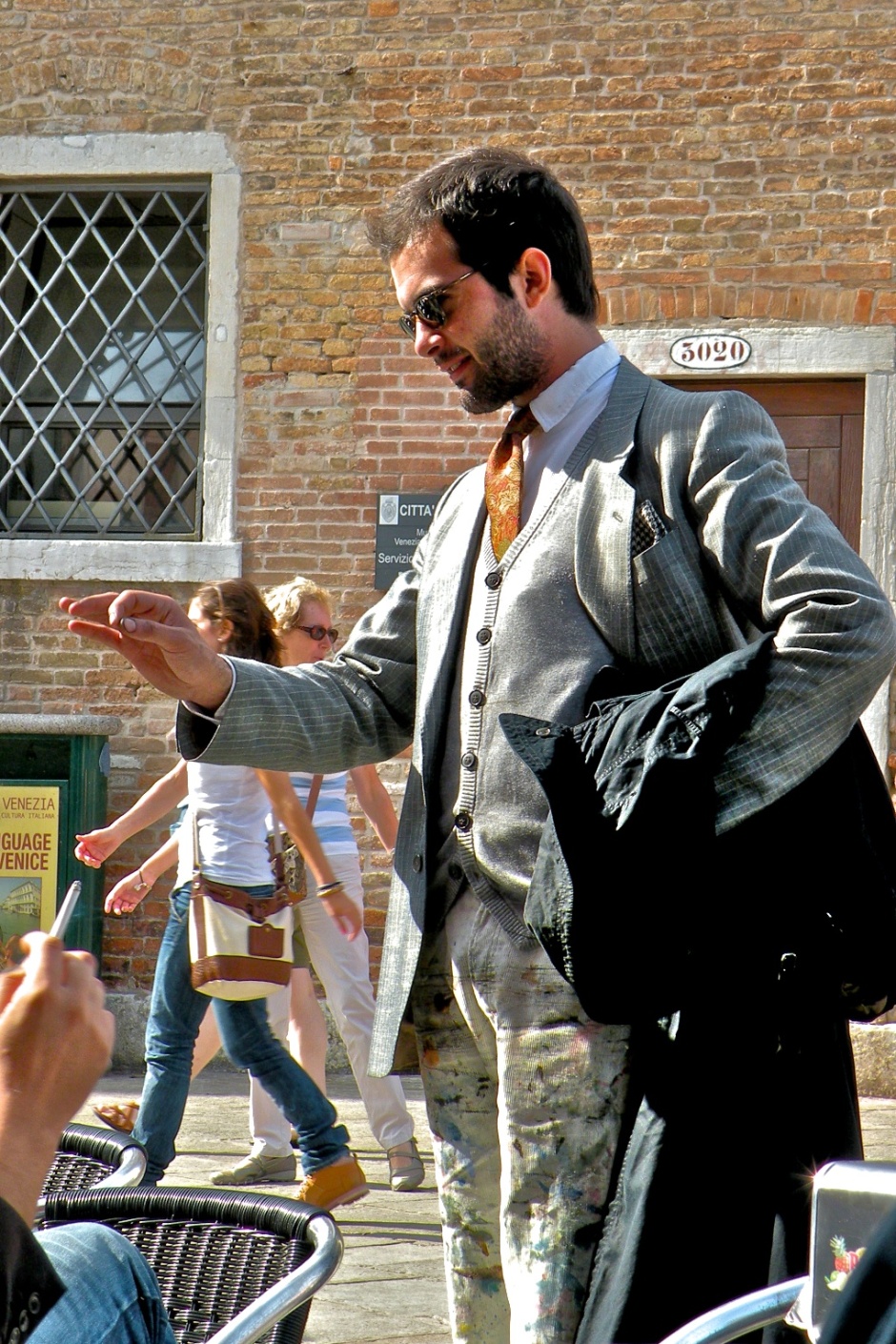 I’ve previously posted my favourite street scene photograph – four friends leaving the chic Novocento Hotel in San Marco, but I’ve been dying to show you the raven haired Signora of Burano.  She was certainly a very attractive woman, and quite arresting, in her pink pants and t-shirt, and everywhere she walked, the men would chorus, “Ciao, Signora!”. 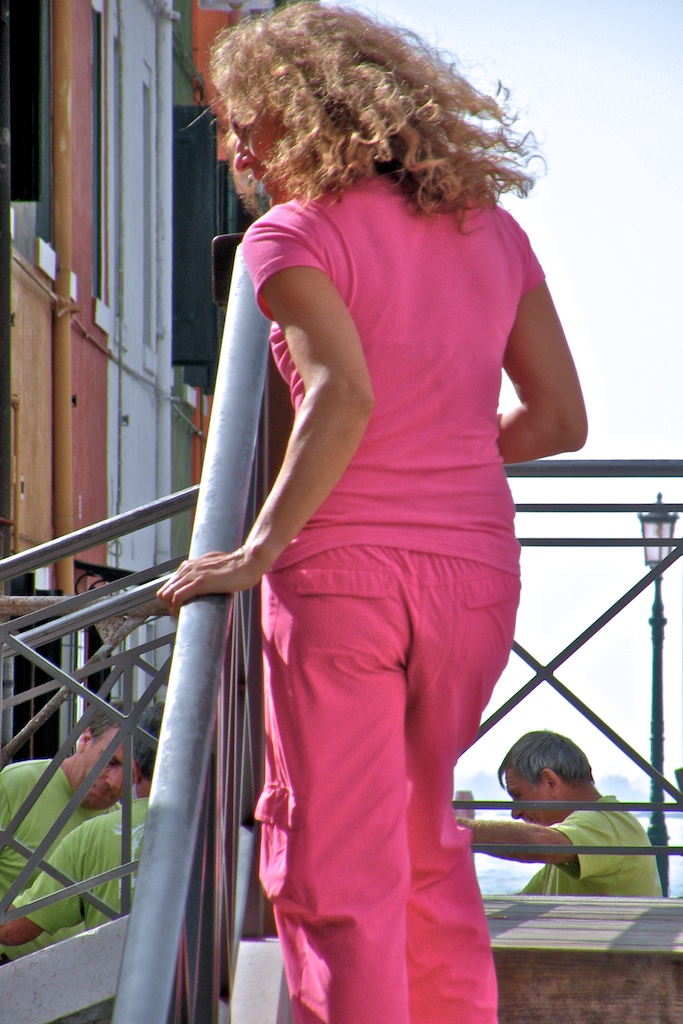 Another pink-clad Venetian woman caught my attention as she and her lavishly spotted Great Dane were waiting for the traghetto at Rialto Mercato. 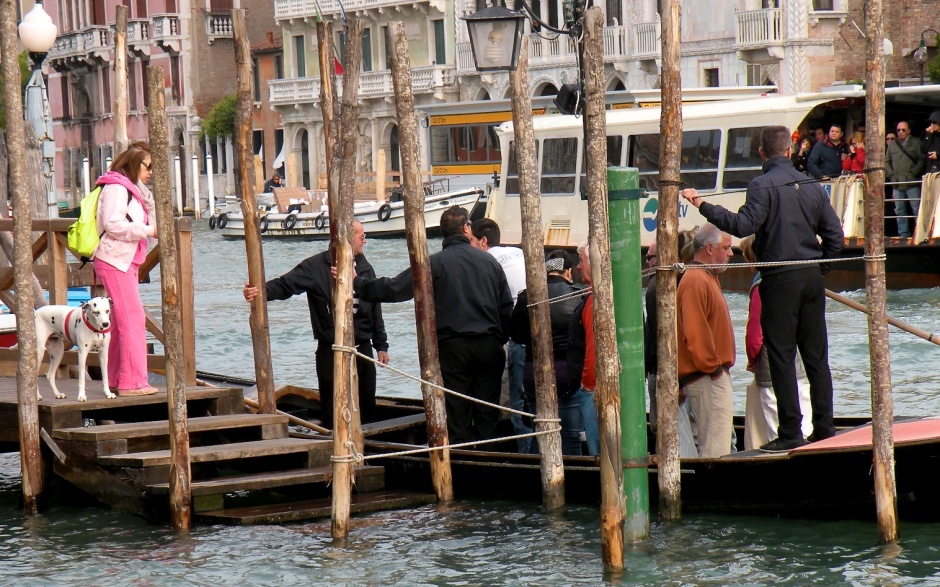 I love how the Dane managed the tricky task of balancing, as the craft was swung out into the Grand Canal.

And since I find it almost impossible to tear myself away from Venice, one last shot – two footsore shoppers, deep in conversation as they wait  for the traghetto at Accademia. 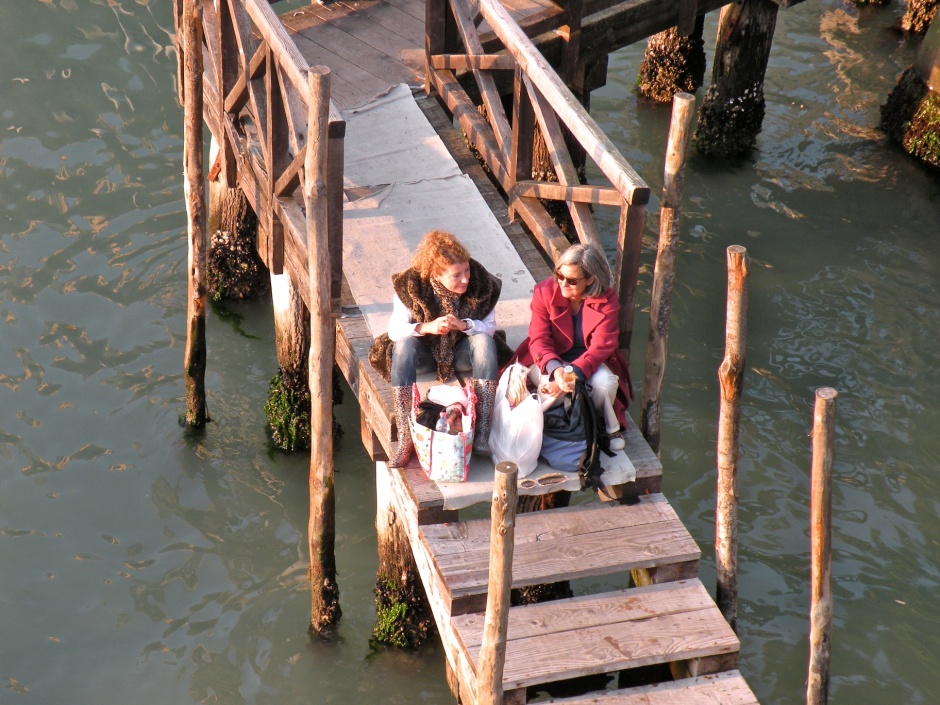 I’m off to look at the other entries.