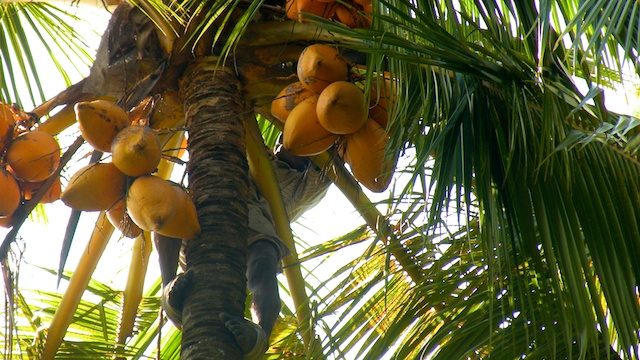 it’s true.  A job agent who’d supposedly cheated his clients had his trousers taken off in the street at Maradana on Tuesday night.  Trouserless, the man fled into a jewellery shop, steps ahead of a braying crowd.  Fearing for his merchandise, the shopkeeper promptly slammed closed the doors, which further inflamed the pursuers.  A baton charge by police eventually scattered the crowd, after which the trouser-less man was taken to the police station, where he was given a sarong.  Enquiries are continuing.

Caught in flagranto delicte (sic), the headline screamed, in a report from the Panadura Group Correspondent. It’s a story about a coconut plucker; caught at the top of a tree, six coconuts in his hands.  He pleaded “not guilty” to stealing the nuts. 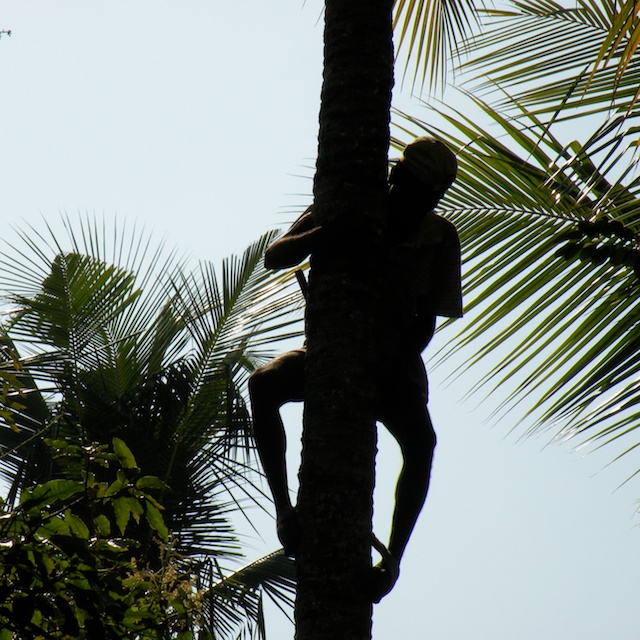 Then there’s the one about the hapless snake charmer who, in the middle of demonstrating the correct way of handling snakes at the Madine Primary School near Kandy, had to be rushed to hospital.  He’d been bitten on the ear by one of his own reptiles.

A procession of monks just passed by, announced by the bagpipe-tones of the horana, progressing to the deep thwonk of a tammatama drum.  Four elders carry a brightly patterned orange canopy attached to slim bamboo poles.  The monks, all saffron robed, hands clasped together, furled black umbrellas suspended on arms, walk at a measured pace, eyes downcast mindful of each element of the step – except for one young acolyte – handsome, flashing smile – who turns … to watch the effect they make.

To celebrate his 71st birthday, Nimal Prematileke, an Ayurvedic eye specialist from Bandaragama, will treat cataract eye patients free of charge at the eye clinic until 31 July.

24 thoughts on “Job Agent Debagged and Other Stories”