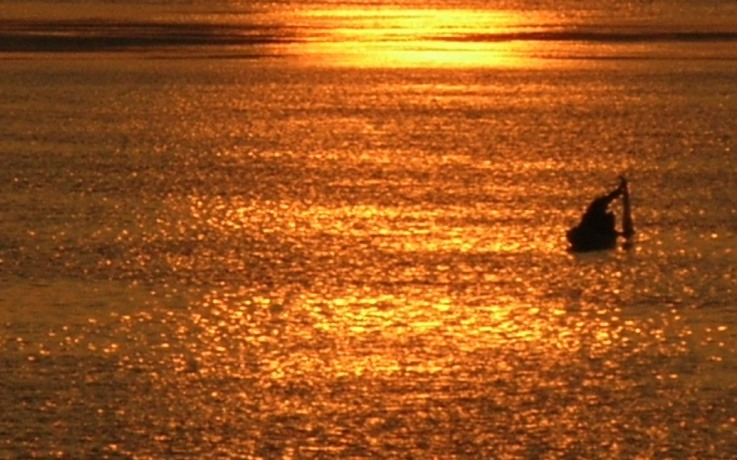 As great rivers of the world go, the Mekong – at around 4,400 kilometres in length – is merely a footnote to the Nile, the Amazon, the Congo, the Mississippi …  What makes the world’s 12th ranked river so fascinating then?

The river, any river, is defined by its course through, and impact on the landscape, and it is the physiographic characteristics (topography, geology, soils, land use, etc.) of the landscape through which it flows, of course, that determine its journey.  And what a journey is that of the Mekong.

During the first half of its course, as it flows swiftly through the high, rocky, mountain passes out of the Tibetan plateau, it is fed by very few tributaries and its flow is composed primarily of snowmelt that contributes only one-third of its total volume of water.  It is during the second half of its journey that it harvests the remaining 75% of its water volume.  Here, so dense is its network of tributaries, and interconnecting lakes, that from Space it is difficult to clearly distinguish the course of The Lower Mekong – downriver from Luang Prabang  – during the wet season.  I came across an extraordinary graphic (cantho.cool.ne.jp) showing an elevation, as it were, of the river.  From the Tibetan Plateau – at 4,750 metres above sea level – to the China-Burma-Lao border, the river descends about 4,250 metres over a distance of approximately 2,000 kilometres (about a two metre drop every kilometre); by the time it reaches Luang Prabang, the river is barely 200 metres above sea level, at Vientiane, 100.  In the 800 kilometres from Kampong Cham (the beginning of the Delta) to the sea, it drops barely six metres (less than a centimetre per kilometre).

The river, then, is a little like a glacier on fast-forward.  Propelled headlong by the force of gravity acting upon millions of tonnes of water, it flies downhill between high constraining cliffs and rocky mountains for 2,000 kilometres until, suddenly, it’s in more open country.  Meeting only occasional barriers, and, fed by its myriad tributaries with their heavy load of silt and debris, it spreads – sometimes up to several kilometres wide – but still the velocity of its ever-increasing volume of water keeps it ploughing through the terrain, pushing all ahead of it.  In its wake it deposits trees (the size of whales, reported Garnier) (Keay, p. 89), and boulders, in untidy piles, creating rapids and whirlpools of such magnitude that the river is navigable over only portions of its mid- and lower reaches.  Well, rapids and whirlpools and the small matter of a set of waterfalls with a drop of a mere 21 metres. Khone Pha Pheng– the Khone Falls – is like a giant’s step down to the plains below.  The falls are the vestiges of a basalt outcrop ten kilometres long and sixteen kilometres wide which forces the river to roar through the narrow gorges it has made – like a gargantuan rock jigsaw puzzle – at a rate of 11,000 (and up to 49,000) cubic metres per minute – four times the volume of Niagara Falls!  The Mekong Expedition Committee’s artist, Louis Delaporte, described the Salaphe Falls, one of these cataracts, like this:

“As far as the eye could see, thick brown torrents exploded into frothy abysses.  It was like a storm-tossed sea breaking on a rocky headland.  Mud spouts shot into the air, spume wafted as from a cauldron, and downstream the furthest horizon of the river was still a deep blanket of glistening foam.  The rocks to which we clung streamed with water and, under the impact of the nearest fall, seemed to shake themselves like a dog emerging from a swim.  As each wave receded it left a tideline of branches, alligators, and big fish which had carelessly allowed themselves to be taken and smashed by the rocks.” (Keay, p.88-89)

So much water flows into the Mekong that, every second, it could supply the daily needs of a large town.  This prodigious volume of water, coupled with the river’s physiographic characteristics, produces two freakish natural phenomena, the benign effects of which have led to the creation of empires. The Historian John Keay, in his riveting book about France’s Mekong Exploration Commission, describes how  “The inrushing tide meets the outrushing river … its progress barred by the tide…” (p. 21).   Each time the tide turns, he observed, the pent-up water upstream of the tide – measurable as far as Phnom Penh – is released, like the waters of a dam, pushing salinated water back out to sea, thus protecting the Delta region from salination.  And, as an added bonus, the river deposits its thousands of tonnes of silt across the 630,000 square kilometres that comprise the Great River’s middle and lower regions.  Thus the rice bowl of civilizations was created, and is protected and replenished.

Although the Mekong River Commission reports the river, and Delta, to be still in good health, they note that the effects of damming, and increased water extractions from the Mekong’s 800,000 square kilometre catchment area, are beginning to show.  In the dry – February to May – when river flows are at their lowest, when rainfall is almost non-existent, and irrigation demands at their highest, the hydraulic pressure of the river is declining to such an extent that the effects of tidal salination are now apparent 75 kilometres upriver.  Saline intrusion is now so severe in the lower Delta that it has given rise to a shrimp farming industry.

It could be said that the Great Lake acts as a natural reservoir, storing a huge portion of otherwise damaging flood water, to be released safely and beneficently back to the Delta system during the dry.  And so the cycle turns.  In the receding waters of the Tonle Sap (and the Cambodian plain), farmers will plant their rice seedlings, anchored in the freshly deposited silt, and the great fishing fleets will set out once again to reap their harvest from the lake.  They say this vast floodplain may be the most productive inland fishery in the world  – but more about that later.

The Mekong’s topography might mean that it is only navigable in certain sections, at certain times of the year (not, as the imperial powers had dreamed, a highway direct from Saigon to Southern China), nevertheless, as has been the case for thousands of years, rivers are roads in the Lower Mekong.  With more than a third of riverside populations in Cambodia and Lao living further than 10 kilometres from a year-round road, and even now only six bridges spanning the Mekong itself, it is not surprising that the river and its tributaries form the only communication route or means of transport for people and cargo.

Nowadays, except for a 14-kilometre stretch around Khone Pha Pheng– the Khone Falls –  almost the entire length of the Lower Mekong is navigable for nearly eight months of the year and there are now 25 major ports on the river.  With one litre of fuel moving one tonne of freight 21 kilometres by road, 71 kilometres by rail, and 182 kilometres by river, one can understand why authorities are keen to foster the already rapid growth in container traffic between Cambodia and Viet Nam

Many thanks to John Keay, whose enthusiasm for the river might exceed even mine:)  I used his “Mad About The Mekong” (Harper Perennial, 2006) as a key resource in writing this, as also the many pages of  The Mekong River Commission’s website, certain in their veracity.

2 thoughts on “A Thrilling Force of Nature”